Looking for Plan B: An open letter to girls 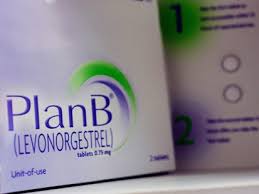 To a 16-year-old girl who wants to buy Plan B-One over the counter:

Someone in the Obama administration you’ve probably never even heard of made an unprecedented decision concerning you last week.

U.S. Health and Human Services Department Secretary Kathleen Sebelius decided that Plan B One-Step, which you probably know as the “morning after pill,” should not be available to you without a doctor’s prescription. Scientists in the Food and Drug Administration spent 10 months poring over charts, figures and studies about the drug, and they decided it’s safe “for all females of child-bearing potential.”

I want you to note that the FDA said the morning after pill is safe for all females, not all women. You’ve been female since before you were born, but you’re not a woman yet. (Read the rest at The Courier-Journal)